Hi-Mobile.net was ultra-gracious this month to send us over the Nokia N95, the most advanced multimedia smartphone Nokia ever released. Read on for more information in our review, with plenty of pictures and screenshots. 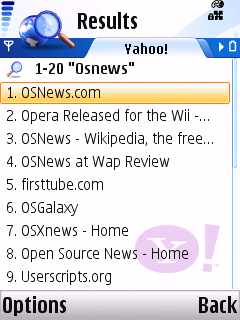 The device weighs just 120 gr, which is amazing for a phone that has so many features in it. In the box we also found a TV A/V cable, a leather case, a 3.5mm headset (which had very good sound quality), a 3.5mm-to-3.5mm adapter with push-talk/volume buttons on it, a USB cable, a CDROM, manuals, a screen protector, a 1 GB microSD card and a travel charger. We also tested the phone with a 2 GB Sandisk card kindly provided by Geeks.com which proved to be faster than the bundled one. Special thanks to SHAPE Services as well for sponsoring us with a copy of their IM+ instant messaging application that helped us test third party application compatibility in the N95. 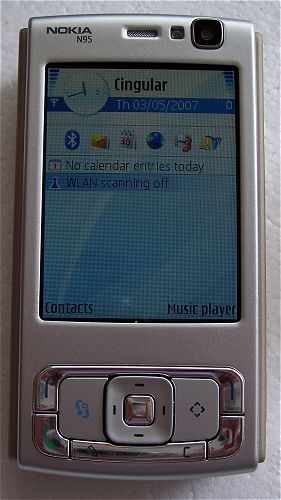 The Nokia N95 comes with Symbian base OS v9.2 and the front-end of S60 v3.1. There are some security and stability fixes on Symbian kernel’s new version, but the S60 v3.1 adds a few new features too, like h.264 support, automatic keylock, the WebKit browser can now also render WML among other, mostly visual enhancements.

The phone features all the normal keys on the front as you would expect from a S60 device plus a video call camera and an LED light for new messages. On the left it also has a “multimedia” button which loads the “Gallery” application, a camera button that only works if you have your camera cap open, volume buttons up and down and the right speaker. On the other side you will find the IrDA, the 3.5mm jack, the microSD slot and the left speaker. On the top of the device there is the on/off button that also serves as a profile switcher, while at the bottom of the N95 you will find the charger port and the USB mini-connector (does not charge the device). 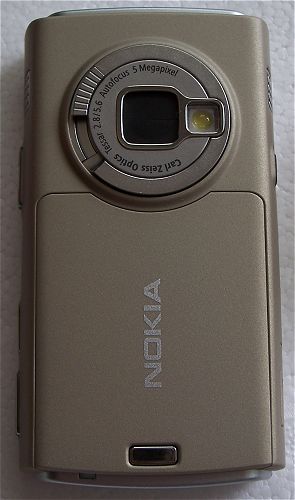 The N95 is a slider, and so sliding the device up exposes the numeric keypad. I like the keypad as it is easy and fast to tap precisely at the right keys. When you slide the device down the other way, a second set of keys are exposed that have multimedia purposes (play, pause, forward, back etc). I found myself not using this gimmick much though, in fact I found it annoying. However, a real problem is the build quality of the phone: it is not a sturdy phone. When the phone is slided up, you can easily grab the two sides next to the numpad and break the cover by exercising very little strength (even a 2 year old could break that). 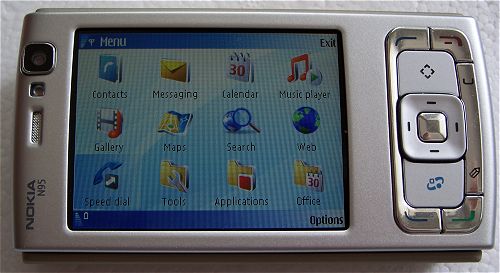 The N95 is a classic S60 device. It comes with a calendar, alarms, tasks, contact list, call log etc. In addition to these standard applications you will find a refined music player that now has a menu structure more like the iPod’s, the “Gallery” application that shows images and videos in a pretty impressive visual way, the Lifeblog, a voice recorder, IM (requires GSM operator support, won’t work via WiFi and Yamigo), FM radio app (which unfortunately does not download the Visual Guide via Wifi but again it requires a GSM internet connection), a QuickOffice viewer, the Search application that supports Yahoo! and Windows Live as sources, Adobe PDF, a Zip app, a barcode reader, two 3D games and of course, the also 3D-based OpenGL maps application licensed from NavTeq. 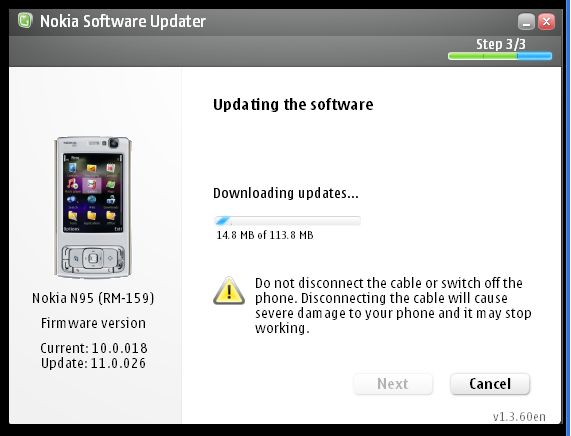 I found the 3D processor in the phone very impressive! The graphics looked really good and the two included games that support that graphics processor were running real fast! 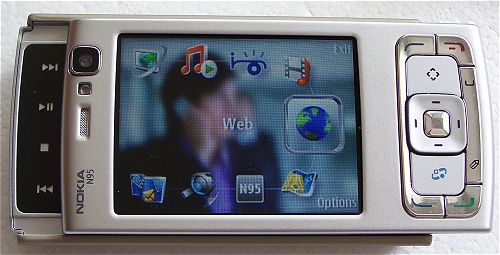 My favorite features on the phone is the addition of A2DP/AVRCP under Bluetooth 2.0. OBEX transfers maxed out at about 110 KB/sec. Unfortunately, Bluetooth seems to have major incompatibilities with some Bluetooth headsets (including our own and reportedly, some Sony Ericsson ones). It would pair, but it wouldn’t connect. Thankfully, it did work with our second headset. Other than the incompatibility with some headsets (which is a bug appearing on some other Symbian phones too), Bluetooth worked fine with A2DP and OBEX transfers.

You can capture 5MP (or smaller) pictures using the back camera and QVGA pictures using the front one. You can record videos up to 640×480 in MP4 (sample recorded video) or 176×144 in 3GP format. One thing I did not like was that the phone creates 3-4 hidden thumbnails for each picture or video you take. This means about an extra 20 KBs of space needed for each media you snapshot. Manually deleting these files (while in USB storage mode via Windows XP), it takes suspiciously long time to get rid of them. Deleting your pictures via the file manager or the camera app does NOT delete these thumbnails which means that after a while, your transflash card will be filled up with garbage.

The most involving application in the phone besides the GPS Maps, seems to be the newly redesigned Camera application. There is support to modify zoom, scenes (auto, user defined, portrait, macro, landscape, sports, night, night portrait), flash (red eye reduction, on, off, auto), contrast, exposure, brightness, exposure compensation, self timer, sequence mode, color tone, white balance, light sensitivity and sharpness. We found the quality of the images snapped good-enough for a cellphone, but it can’t compete with a real 5MP camera. However, the photos are good enough to print small pictures out of them and to rescale down for web usage.

h.264 support was added in S60 3.1 and indeed it played back perfectly a 230 MB QVGA h.264 file we had around, although the phone seems to reject valid videos that their dimensions are not multiples of 4 or 16 (e.g. a valid mp4 320×181 won’t play but chances are that 320×176 will). The good thing is though that there is a proper full screen mode and that the phone can switch all of its UI (not just video) to landscape in less than 1 second (which is significantly faster than E70’s 3 second switch delay last year). TV-out was great too, videos looked very impressive in our HDTV. 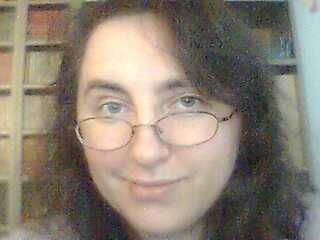 We found that the device has an audio hissing problem. If you listen to music with few instruments, or solos, you can clearly listen to all the hhhhhhh in the background. This is very unfortunate for a device which is multimedia through and through. You gotta be listening to lots of heavy metal to not be able to notice the hissing. The hissing is also audible while using the FM Radio (even when reception was perfect) or the video player. I will take a leap of expectation here and say that Apple’s iPhone won’t have such a problem. 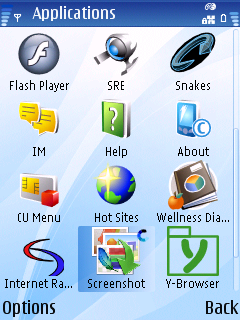 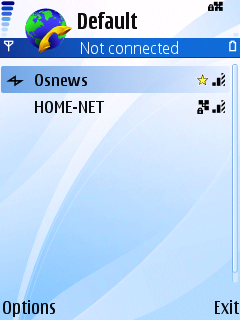 Call quality was excellent, loud and clear, both ways. GSM reception was top notch, always showing 6-7 bars. Battery life is controversial though. We maxed out at 4 hours of talk time, but only 4 days of standby time (the phone supposedly can do 9 days). It seems that if you turn ON GPS or FM or Bluetooth or Wifi during a usage session, the hardware never turns off completely after leaving an application and so there is some “leak” of battery life that way. Possibly this can be fixed in the future via software. Stability-wise the phone is now performing well after we upgraded the firmware. With the original firmware we stumbled into random resets and “out of memory” errors once or twice, but these seem to be things of the past now. 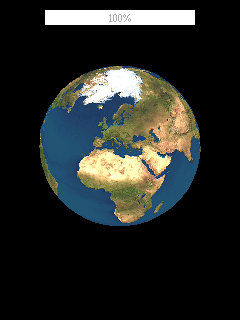 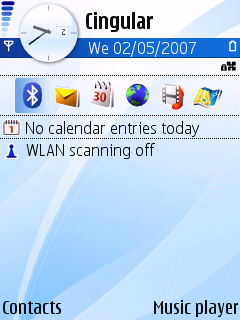 Speaking of GPS, it was a disaster for us. Not once we were able to lock on a satellite. We waited for 10 minutes out in the sun (twice), but the phone’s GPS antenna only established connection with 2 satellites (most of the time with only one) and never really got “locked” into them. Hence, we were unable to fully test the GPS application. The GPS app allows you to download maps for any region of the world you want, and also has route planning and city-guide support. Or so they say. 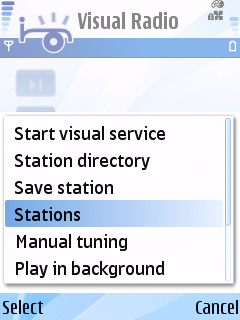 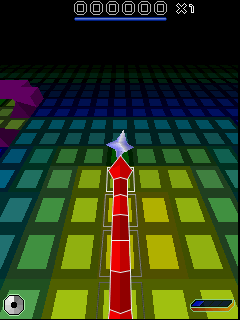 Other problems included WiFi getting disconnected every so often, and so Gizmo VoIP was getting disconnecting too. After upgrading the firmware the situation got a bit better, but not perfect. For example, instead of losing WiFi connection every 10 minutes, we now lose it every 40-45 minutes, again at completely random times, or mostly when using the web browser. Another curious thing was that while Nokia supports the Gizmo network (they test with it), when friends were calling me from the Gizmo Windows client I could not hear them at all (but they could) and only when I was calling them things actually worked both ways. Other than that, the VoIP in-call experience was as good as normal calls (with the phone getting really hot after 20 minutes on a call)… 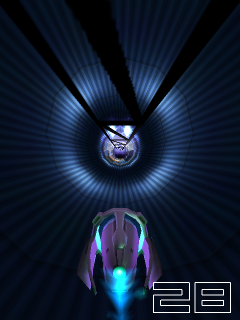 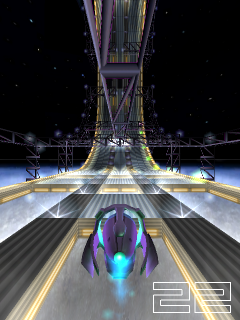 In our opinion, the N95 is a powerful smartphone released 2 months too early. We are sure that most of the bugs will get ironed out in future firmware releases (there should be at least 2-3 more new firmware versions coming out before the end of the year), which is why we still have hope for this model and we would recommend it to power users. But as it is right now, you might or might not, get annoyed by some of the bugs still found in S60 3.1 and the problematic GPS antenna. 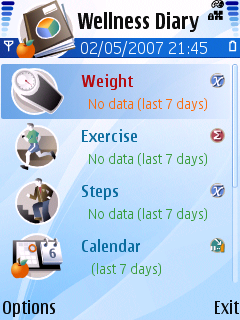 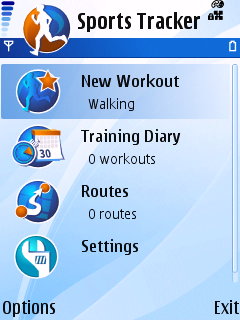