These switch ads on TV and web seem to be a huge success and PR for Apple. Today, we interview Jeremiah Cohick, one of the Mac switchers whose ad first aired just last week. Dive in for more!1. How did you got involved in the Switching ads? What is the story behind it? 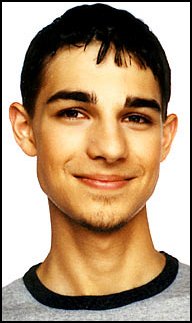 Jeremiah Cohick: Apple offered an online survey earlier this year for Windows users who had purchased a Mac. I answered the questions in the survey and offered my story in the comment block. One day, Apple called to invite me to tell my story in the Switch campaign and the rest is history.


2. How did you find the filming process? How does it feel to be a person showing everywhere on TV and the net?


Jeremiah Cohick: I didn’t know what to expect during the filming process. I found myself searching for words frequently but the resulting commercial was much better than I thought it would be. Overall, the experience was great and everyone on the shoot rocked!


Major publicity is a very new thing for me. I still have to pinch myself to make sure that I’m not dreaming. I wrote this in my blog the first weekend the commercial aired:


“My pillow is calling me, so I’m off to dream of what it’s like to live as Charlie (from Willy Wonka and the Chocolate Factory). I got a golden ticket and the candy bar tastes more like fruit than cocoa.”


This truly just blows my mind!


3. Have you tried the latest offering of Microsoft, WindowsXP? What is your opinion about it?


Small gripes: Luna is just ugly and is the first thing that I disable (along with the revised Start menu).


4. Have you used any other operating systems besides Windows and MacOSX?


Jeremiah Cohick: My desire to get out of the Windows world initially lead me to Linux. One of my friends from high school was a huge Linux geek who tested a new distribution every week it seemed. I eventually installed Linux on my PC. I loved what Linux-on-the-desktop was trying to do, but the application support wasn’t there and I spent more time configuring and troubleshooting than getting work done. At least in Linux, it is an adrenaline rush to get stuff working; this is more of an annoyance in Windows.


I have major respect for the open-source community. Apache and Mozilla are my favorite open-source projects and Apple’s implementation of open-source initiatives (BSD, CUPS, ZeroConf to name a few) was a major draw to Mac OS X for me.


5. What are the main things you are using a computer for?


Jeremiah Cohick: I am a self-employed student. In addition to the business-related activities (i.e. anything that I could do in Office and all of my accounting), my production (web development: PHP, JSP, Flash, and good ol’ graphics & HTML) is all done on my Power Mac G4.


iTunes is usually playing a European techno/trance webcast or a book from Audible.com while I work. Did you know that you can cover ~100 pages in a book in about an hour of an Audible.com audio book download? This is very attractive to me, especially when it takes so much
motivation for me to sit down and read.


I have a theory that owning a Mac makes you more creative in general. iMovie has helped me produce several short videos for my church and iPhoto is great for cataloging my ongoing digital photo experiments.


Gaming isn’t a priority for me because I would much rather be outdoors enjoying nature in my free time. But on a day of thunderstorms, I do have several strategy and card games that I enjoy.


Jeremiah Cohick: Wow, this is a tough question to narrow down an answer for. Here are the 3 features I notice most often:


1) I don’t know if this is a feature, but it definitely is part of the user experience. The Mac UI is much better than the Windows UI once you are accustomed to it. Having one location for system-wide control (the apple menu), application control, and window specific controls that
never moves from the top of the screen helps productivity. It feels like the OS gets out of the way for whatever task you are trying to complete. You don’t feel like you are in Mac OS X, but rather that you are working in Dreamweaver MX (or whatever app I’m running). This is hard to explain without showing but very worthy of attention.


3) Windows friendliness. I’ve faced the fact that I live in a Windows dominated world (and house). My Mac networks, shares files/printers, etc. seamlessly.


Jeremiah Cohick: 1) In OS X Server, managing DNS could be made significantly easier. I would like to see something similar to MenAndMice.com’s solutions built into the OS X Server administration tool.


2) I’m a desdever (designer/developer), so please excuse the huge subject change. Font management in OS X is nonexistent without third party software and all of the third party font management applications that I have tried are horrible.


3) Native CD burning in OS X is great but it requires you to write an entire disc. I would like to see the feature to just write a session.


8. Have you met any of the other switchers?


Jeremiah Cohick: Not yet! I might meet them Mac World Expo San Francisco.


9. Have you convinced your dad to use a Mac yet?


Jeremiah Cohick: Well, my dad was not amused by my comments in the commercial. I’ll leave it at that. 🙂