Most of my readers know that I love cellphones, PDAs and gadgets. Many of these gadgets do not have WiFi in them, but they do support the PAN-client Bluetooth profile which allows them to get wireless internet connectivity (e.g. the Palm Treo). To achieve this, you need to have a PAN-server. And this what Anycom’s EDR-AP Bluetooth Access Point is all about.The Anycom EDR-AP is a wireless Bluetooth-based access point that supports BT 2.0 with EDR. It is Class-1, which means that it can transmit its signal up to 100 meters! It supports the PAN, LAP, DUN and OPP profiles, while it also features SNMP management and Radius security features. To make clear what this device does: this device is a router, just like a WiFi one, but instead of serving the ethernet internet connection to WiFi clients, it serves it to up to 7 Bluetooth clients! This device is used to offer local internet connectivity *to* gadgets (and not get it from them via let’s say, GPRS). 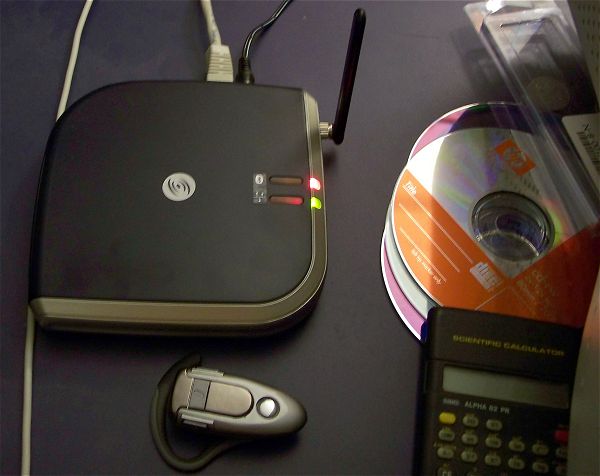 On the back of the device there is the power port and an Ethernet port. When you connect them both, the EDR-AP boots within 5 seconds. The device has internally a web server, so you must visit its web-based settings. The manual suggests that the device gets 10.xx.xx.xx:1001 IP address when connected to a Windows PC, but if you connect it to your home network’s router, it will get an IP address similar to 192.168.0.31:1001 instead (to find the right IP address you must visit your network router’s own webpage/settings and check which devices are deemed “connected”). 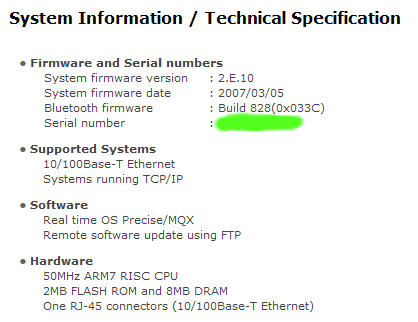 In the EDR-AP settings you can guide it to connect either via DHCP or manually to your home/work network. Also you can manage the Bluetooth devices that are already paired or not. Or, if you would like the AP to be discoverable, what the pairing code must be, the device’s Bluetooth public name, and finally, you can even tell the device to behave as a Class-2 device (10 meter radius) instead of a Class-1 (100 meter radius). In our tests, the AP performed really well, we were able to download from the web using our Bluetooth 2.0 smartphone at 100 KB/sec! That’s almost as fast as 802.11b usually performs on such devices anyway! 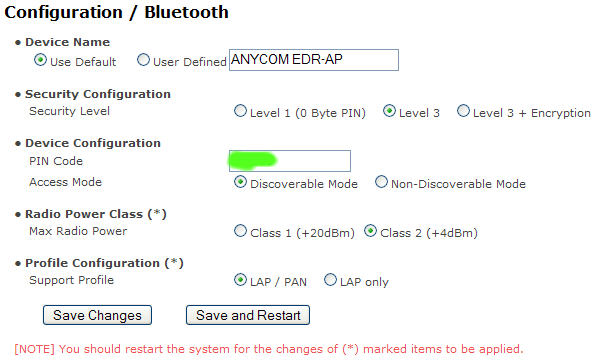 While the web-based settings feature Radius security settings, if you don’t want to get all crazy with weird (and potentially incompatible) security settings, you can always tell the device to behave as a Class-2 device. I highly doubt that anyone would hide just outside of your window to steal your Bluetooth-based internet connection. Of course, if you live in an apartment, this would mean that your 3-4 neighbors up/down/left/right could be liable (if they had any idea how to hack Bluetooth that is). 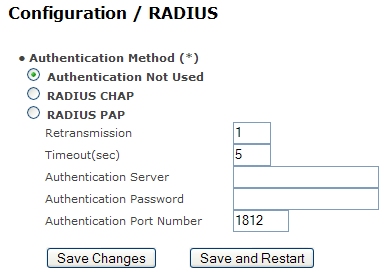 In our tests, we found it to be a piece of cake to make a PalmOS PDA/phone to work with the Anycom AP, and PocketPCs with the Windcomm/Broadcomm Bluetooth stack. PocketPCs that run Windows Mobile 5.0 with Microsoft’s Bluetooth stack do not support PAN-client but they do support the DUN-client profile. Unfortunately, they seem to connect for 1-2 seconds and then they randomly disconnect. I brought into attention of Anycom this incompatibility between WinMob5 (MS BT stack) and DUN. 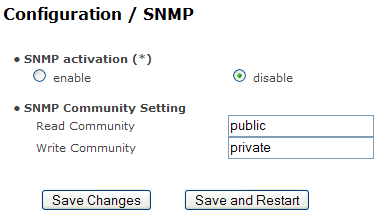 The easiest pairing/connection was with Windows XP. We were able to pair our Dell workstation with the AP (using an Anycom Bluetoth usb-stick which runs under Windocomm’s WinXP version of their Bluetooth stack). Lo and behold, WinXP connected to the net via Bluetooth (without the usage of any cellphone)!

The two real positive surprises we had while we were testing the EDR-AP was from Mac OS X and Sony Ericsson’s m600i. On Mac OS X Tiger 10.4.9, in that very latest version, Apple added support for PAN-client! How cool was that? Just right on time! And Sony Ericsson’s m600i (and potentially the P990 and W950 UIQ3 phones) worked great after we actually managed to pair it and create the right connections. Admittedly, the most difficult pairing/connection in our tests was with the m600i, but after we had everything setup the right way, it worked admirably well (guide). 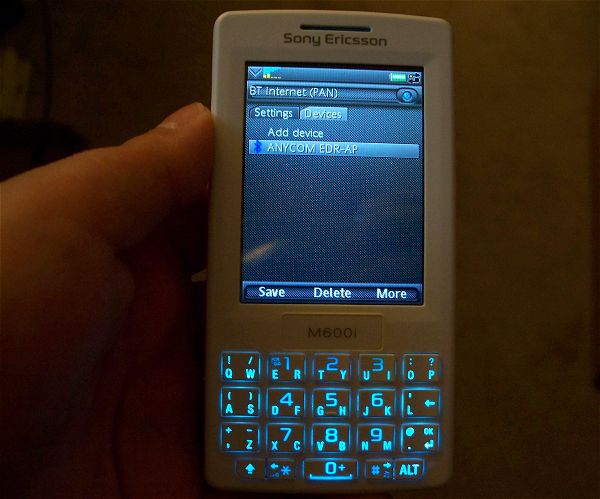 The device also supports the OPP profile which can be useful if using the EDR-AP at work. For example, you can send any file via your paired device to the EDR-AP, and the EDR-AP will make sure to distribute that file to all its currently connected clients!

There are two problems with the AP. First one is the price. It costs about $240 in the open market, which is considerably more expensive than other similar products. The second problem we had was that the AP was crashing all by itself overnight. We would come in the morning just to find the AP not responding. Thankfully, the device supports firmware upgrades, so we hope that a fix is in order by Anycom soon! 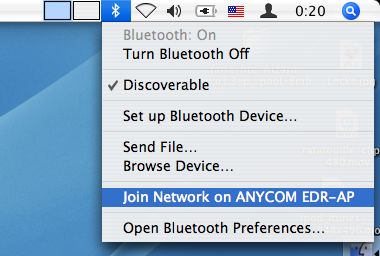 It would have been cool to have some sort of web front-end in the setting screens to tell the AP to get its internet connection from a cellphone instead of Ethernet, and then distribute that connection to 7 other Bluetooth clients. This would be an ideal scenario if you are with a bunch of geeks camping in the mountains and only one of you has an unlimited GPRS data plan, a connection that’s then shared via the EDR-AP. But we can only hope for such a feature, as cellphones are very incompatible in the way they expect their connection modem scripts (which is the main reason why Microsoft has abandoned the DUN profile in their smartphones and now try to only support PAN-server). I tested Anycom’s tech support’s response time by asking them a question via email on May 9th about the DUN profile, but I did not receive any answer from them (and I even made it clear that I am writing a public review for their product). Update: They replied within 20 minutes after I emailed them that I published the review and mentioned their unresponsiveness in it. 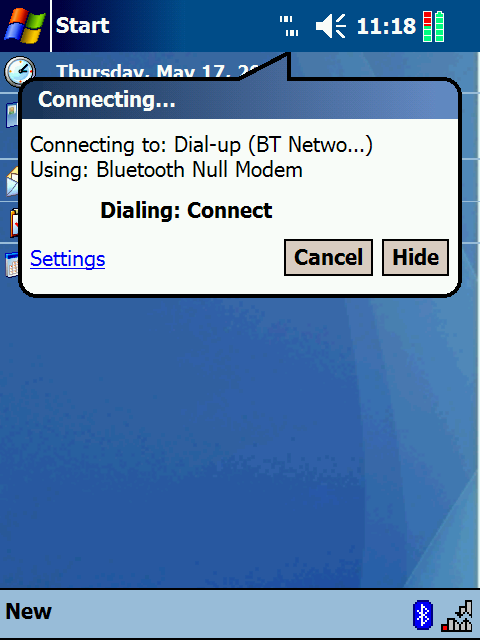 This is the most advanced Bluetooth-based AP in the market. It is not only loaded with hardware features that others simply don’t have, but what really surprised me was the level of compatibility it has with all major gadgets. You see, in the past, older AP models released in the market by many manufacturers had a 50-50 chance that they would actually work with your gadget! But whatever we threw at Anycom’s EDR-AP, it actually worked! 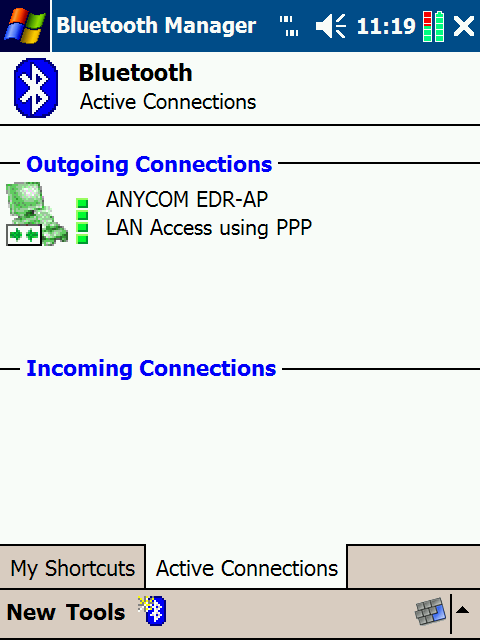 Unfortunately Symbian S60 devices do not support the PAN-client profile, but all newer SonyEricsson phones and all PalmOS devices do. And this device can be a real lifesaver for those users who need local wireless internet connection at home or work on their Palm Treo/PDA devices (especially because it’s a public secret that the cellphone carriers don’t allow Palm to add WiFi to their smartphones)!