Times change. When the movies came about people said that it was a trend that will die soon. When the TV came out, even more people said that it won’t catch on. And here we are again, at the dawn of IPTV, finding the first professionally-made, web-only, live action series: Sanctuary. Co-created by one of Sci-Fi Channel’s Stargate SG-1 producers, Stage3Media‘s Damian Kindler was very kind to answer some of our questions about the promising project, which recently even hit a Guinness record as the most expensive web-only production ever ($4.5 million CDN). You can view behind-the-scenes and previews here and the first full 17-minute webisode here (includes a cameo of Stargate: Atlantis‘ own David Hewlett), while you can support the project by buying the HD DRM-free version of the webisodes at the official site. Read more in our interview inside!1. How the idea of creating a web show came to be?

Damian Kindler: The idea for Sanctuary as a series was born about six years ago, while I was living in LA working as a freelance TV writer. My agent at the time asked me to write a script that would (it was hoped) showcase my “voice” as a writer. Basically write a pilot for a TV series I would create, given the chance. So I wrote the first hour of Sanctuary back in 2001 and then it basically sat in my Hard Drive after I went to work on the Stargate TV franchise in 2002 until recently. Last year I started a new venture with friends from the gaming, software and internet communities here in Vancouver. We wanted to prove that the internet could turn people with the ability to develop and create high end content into their own studio and network, as it were. And the more we looked into it, the more we realized that sci fi fans were amongst the most passionate and sophisticated early adopters on the web. we were also looking for ways to rethink the way we made TV series-like content — using innovative green screen techniques and real time 3D computer model tracking. All this came together in Jan 2007 when the Stargate crew and the newly hired VFX team here at Stage 3 Media combined to shoot the two hour pilot of Sanctuary. We had an absolute blast and can’t wait to go back into production in the Fall. 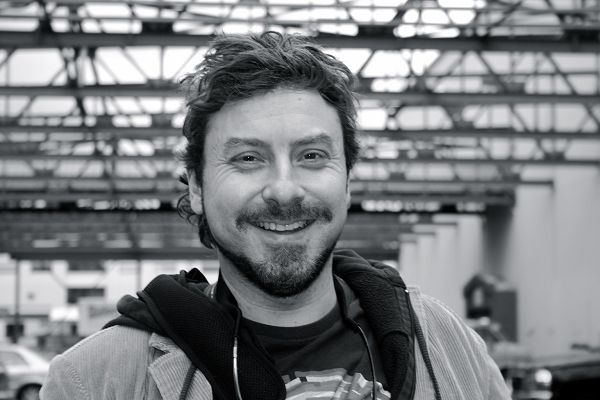 2. How did already-established actors took the idea of a web show? Did you have any trouble… convincing them to sign up?

Damian Kindler: None whatsoever. The actors involved in Sanctuary – particularly the leads, Amanda Tapping and Robin Dunne – were completely on board from the start. Everyone involved on a creative level found the model of releasing the show on the web very attractive and intriguing. People involved in TV know that any delivery platform that allows immediate worldwide distribution is a powerful one.

3. Most of the scenes on Sanctuary were shot in front of a green screen. What kind of operating system and 3D software do you use to create the sets and why?

We used a new system called MoSys out of the UK. We actually used their prototype system and brought a technician over from Britain to work with us. We used a laser connection from the camera to transmit real time data to the computer so the actors could see themselves against the 3D backgrounds in real time.

Windows NT was the operating system for the 3D and compositing machines: with Nvidia cards in our 24 node render machines utilizing mental ray and Frantic’s Deadline as render management. Softimage XSI was used for 3D modeling, animation and rendering; and Combustion for compositing. We’ve chosen to use XSI, primarily because of the talent pool in Vancouver; we needed well rounded individuals following the leadership of a few multi-talented individuals. We needed good rendering tools and the ability to update collaborative efforts using proxies to get models into scenes and not having to write any scripts to do so. XSI is artist friendly and not technically driven by TDs. Because of the variety of skills which we required from our artists, and the ability for them to turn our assets into composites, we needed software that had a front to back solution integrated into its tool set.

4. How long does it take to completely finish a 16-minute webisode? Is it cheaper/faster than the traditional, less-computerized way?

Damian Kindler: Each webisode took months to render and post. There was very little time savings involved in shooting green screen as compared to standard shooting techniques. It’s benefits are that it allows Sanctuary to have a look and feel that other sci fi shows can’t achieve with normal backgrounds and locations.

5. What kind of obstacles do you face when marketing “Sanctuary” over the web instead of the TV?

Damian Kindler: Mainly reaching people. it costs a huge amount of money to launch an online ad campaign – not as much as TV or Film, mind you, but still expensive.

6. In which resolution and data rate your videos are sold at? Do you have plans to make the webisodes longer?

Damian Kindler: We offer our webisodes in both Standard and High definition – as Quicktime or Windows Media files. No DRM. You buy it, you own it. You use it. (You’ll love it!)

7. Do you have plans to sell “Sanctuary” via iTunes or DVD?

Damian Kindler: Yes, we are negotiating TV/DVD release via a major US studio. That deal will also include iTunes distribution. But the majority of online sales are via our site here, where it is available NOW.

8. Are there any plans to sell MPEG4-SP files for cellphones/ipod? 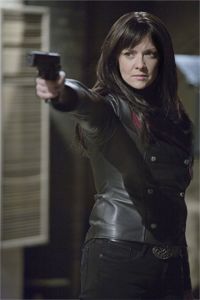 Damian Kindler: Yes were are exploring distributing Sanctuary as mobisodes in Asia
and Europe.

9. Do you currently work on new shows or ideas that you plan to release as webisodes?

Damian Kindler: Yes we are currently developing two other Sci Fi series for online release in 2008 or 2009. They will also be heavy in green screen and very cool in look and feel.

10. Do you believe that the future of TV is IPTV or internet-based?

Damian Kindler: Yes, TV must work with content providers as part of a multi format roll out. TV isn’t dead, far from it. But it has to change how it does business. And it has to work hand in hand with the web in order to have a future. I think TV is a smarter medium than most people give it credit for. Online companies and TV broadcasters will become fast friends over the next few years, I believe, out of pure necessity. They need eyeballs coming from the web and the web wants TV people coming to the ‘net for alternative forms of entertainment. The two mediums are more symbiotic than they realize.