A few weeks ago PureMobile sent us in the Sony Ericsson K850i, one of the most high-end non-smartphones in the market today. The device sports a 5MP camera and triband 3G, features that are highly admirable for the price. Read on for more.
The Sony Ericsson K850i is a GSM 850/900/1800/1900 feature phone with support for GPRS/EDGE and HSDPA at 3.6 Mbps at 850/1900/2100 Mhz. It is 118 grams, it has a 2.2″ QVGA TFT bright screen, an M2 slot that also doubles as a microSDHC slot, 40 MB internal free memory, Bluetooth 2.0 with A2DP/AVRCP support, 5 MP camera with autofocus, xenon flash, a secondary light used for SOS or flashlight, videocall camera and FM radio. In the box we found the phone, the 930 mAh battery, an EU charger with a US adapter, a USB cable using Sony Ericsson’s proprietary Fast Port, one hand strap, one handsfree, a CD, and a manual. 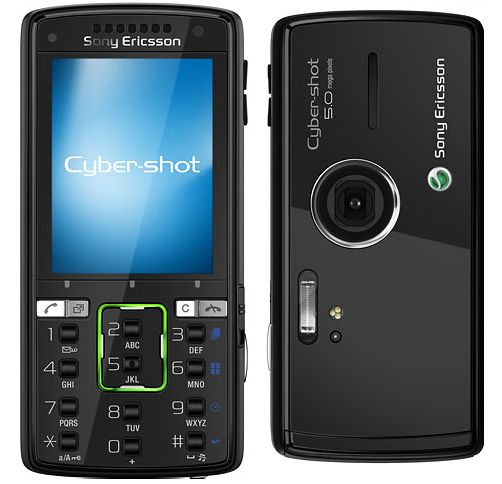 The design of the K850i is quite unique. It uses small buttons as a numpad, while the joystick is a rigid surface around the numeric buttons “2” and “5”. The soft keys are not real keys, but touch-sensitive surfaces. Unfortunately, while it looks cool, these touch-based surfaces don’t always work. Sometimes I have to press 3 and 4 times to get the phone to recognize the touch. This is a good example of form over usability, Sony Ericsson went for the looks rather than the proven functionality of normal buttons.

Other than that, the phone is quite thick, but it’s overall pretty small, so the size is compensated this way. It feels good on the hand, strong and well-manufactured. There is an on/off button on the top of the phone, volume up/down buttons on the right side, along with a camera button and a media selector slider button that lets you define the camera button: still camera, video camera, media files. On the bottom you will find the wrist-wrap hole, and the battery compartment that also holds the SIM card and the flash card. You can open the battery compartment without the phone rebooting while doing so, and change your flash card at that time, if required.

The reception of the phone is very good and battery life is even better: 12 days of standby and over 7 hours of talk time. Voice quality is also pretty good. Other features we liked on the phone are the neon lights that flash when there’s a new phone call, the speedy Bluetooth transfer rate (120 kb/sec), and the ability to find out which song is that you currently hear on the FM radio (via the “TrackID” application that recognizes music patterns).

The software has not changed much over previous incarnations of Sony Ericsson’s phones that we reviewed in the past here at OSNews so I won’t get much into it (if you need screenshots check the article at GSMArena). I’d just say that all the software you would expect to find on a modern feature phone is here: alarm, calendar, email, Java 2.0, mpeg4/AAC support, games, voice memo, speed dial, organizer, IM, and more. The K850i comes with the Netfront browser and RSS feed reader, with reworked fonts that look better than on previous models. I like SE’s implementation of Java that let’s you run multiple J2ME applications in the background. In this model you will also find blogging support, an HP application that lets you print via Bluetooth, ability to acquire an internet connection from a PC via Bluetooth as well as sharing 3G via Bluetooth to a PC (both ways), and a motion sensor that will work with the media applications on the phone: each time you rotate the phone, these media apps will automatically rotate their UI too.

Sony Ericsson wrote a brand new media application that does video, music and pictures. It has a black and white icon theme and it looks pretty good, if it wasn’t for the fact that its text renders below the soft key text sometimes and it makes it look amateurish. The music application has support for podcasts, audiobooks, playlists, equalizer and album art. The video application automatically rotates and goes full screen when you rotate the phone. Overall, it’s a nice media application, but a far cry from Apple’s wheel-based iPod offerings.

The picture and video Cybershot camera application is very good. It has a multitude of features, ranging from flash light on/off/auto, night mode, self-timer, mic on/off, white balance presets, exposure support, effects, scene mode, macro support, autofocus support, red-eye reduction, ISO 100 to 400 and digital image stabilization. The only things missing is some optical zoom, ability to use the videocall camera to record and VGA video recording (it only goes up to QVGA at 30fps, sample 1 and 2). Also, while the camera is protected by glass, this glass acquires sweat pretty easily… A nice touch is the VideoDJ application that lets you add clips, images and music in a mobile video editor that it’s able to export as a new clips — with transitions applied and effects.

Overall, the K850i is a heavyweight in the feature-phone market right now, but it’s not revolutionary. If anything, its non-responsive soft keys sour the milk quite a lot. However, other features shine. What we really need is Sony Ericsson to get a clear head as to where they are going, because seeing all their latest models, it doesn’t seem like they have a solid plan: their non-smartphone OS doesn’t evolve fast enough and their UIQ smartphone platform is less than pleasing in the usability/looks department. Regardless, if you need a good camera phone with good media abilities, the K850i definitely a good candidate of a phone.