It’s an ever-continuing debate: what is better, a graphical user interface, or a command-line interface? Graphical user interfaces may be easier to learn, but complicated operations may require a lot more user input than with a command line interface, which can perform several complicated operations by using a short sequence of words and characters. However, a CLI has a much steeper learning curve than a GUI. Google has always had a certain CLI-quality to it, and Stefan Grothkopp decided to take this a few steps further: say hello to Goosh.Goosh, the Google Shell, is a command-line interface of the many functions Google provides, allowing you to do all sorts of cool things. For instance, translate nl en "lang leve de CLI!" will translate said sentence from Dutch (Netherlandic, “nl”) to English. See the image below to get an idea. 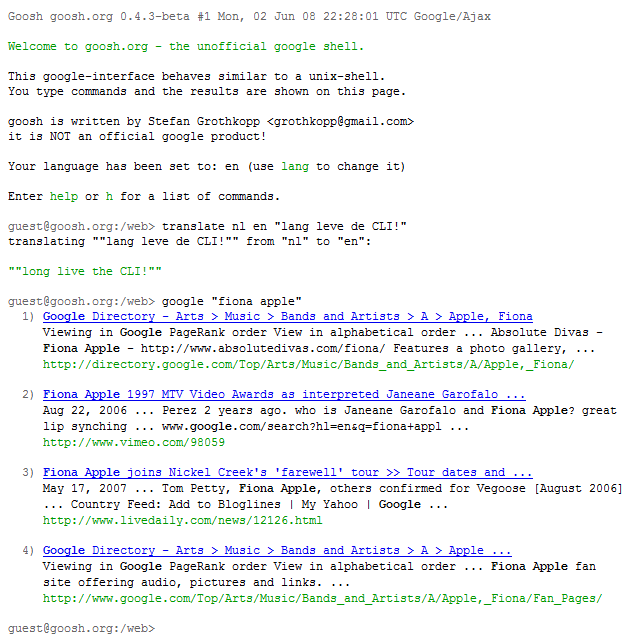 Its usefulness is most likely debatable, but that doesn’t mean it isn’t insanely cool.