Before the BeOS ever made it to x86, it had already spent some time on PowerPC, but the die-hard fans will know that BeOS was actually written and designed for a very different, short-lived processor: the AT&T Hobbit. While a PowerPC BeBox is already quite rare, the Hobbit BeBox was never sold, and only existed in the form of a number of prototypes. Imagine our surprise when we found out that Cameron Mac Millan, former Be employee, sold one of his two Hobbit BeBoxen on eBay a few days ago.

The Hobbit BeBox was a rather unique piece of equipment, especially for its day. It was powered by two AT&T Hobbit processors (ATT92010), and also came with three digital signal processors (DSP3210, also by AT&T). Little information can be found on the remainder components, but what we do know is that it came with a motherboard (really?), video card (Trident TGUI9430 C), and a modem. Standard SVGA monitors worked, and you could plug in any AT keyboard and serial mouse. 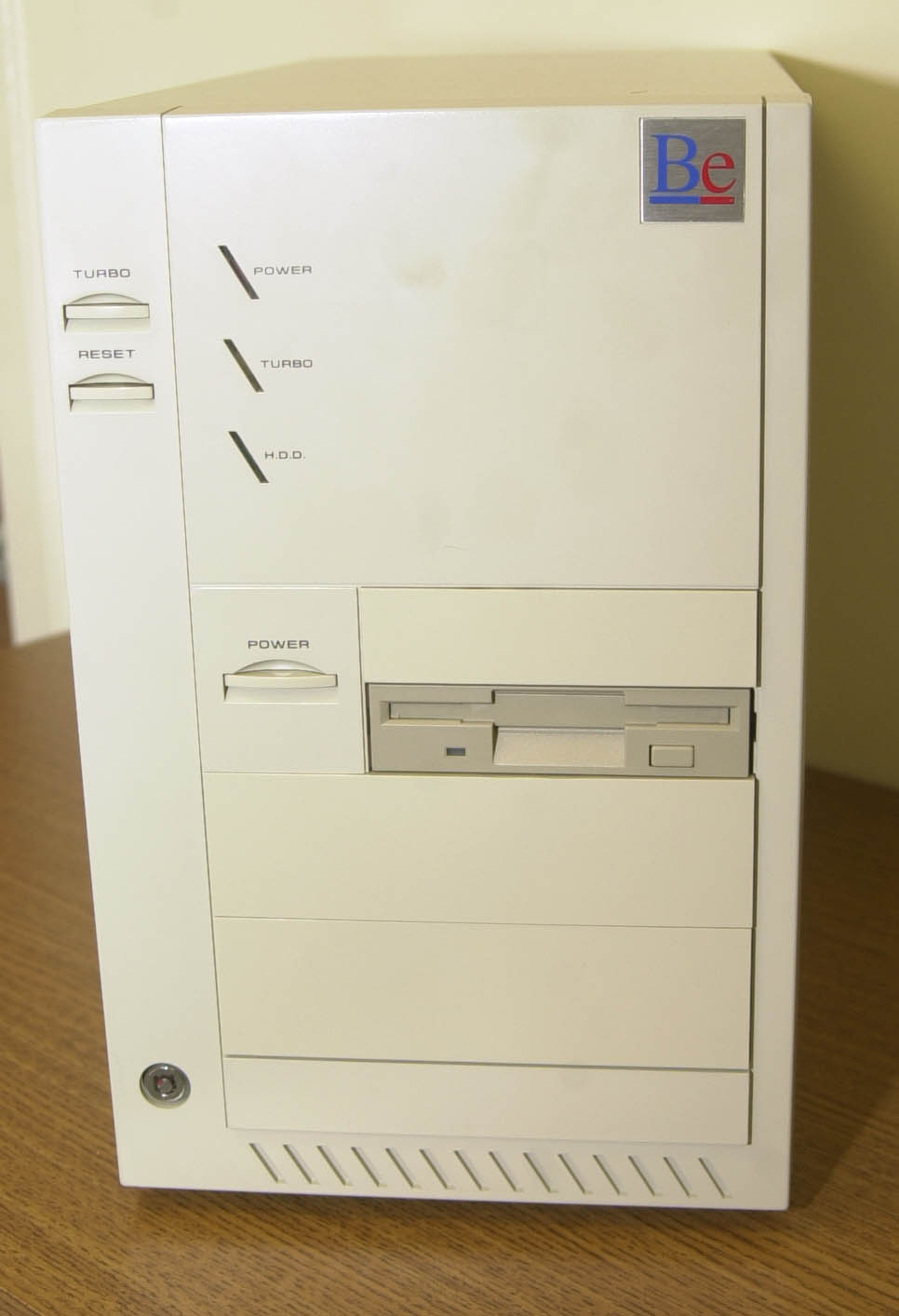 The Hobbit BeBoxen ran a very early version of the BeOS (BeOS DR4), so early in fact that they didn’t yet come with the BeOS logo, using the logo of the local hockey team instead.

Sadly, the bidding has already ended, with the rare BeBox sold for over 1000 USD. Some might consider it a waste of money, but personally, if I had the cash I’d buy such a machine in an instant. The BeOS, the BeBox, and all the myths and folklore surrounding this great operating system are hard to ignore.

If the buyer reads this, or any other BeBox owner (either PowerPC or Hobbit), and you are willing to share your findings, feel free to contact us.