PureMobile sent us in the Nokia N79 for a quick spin. This is one of the latest Symbian phones out there, running the latest non-touchscreen version of the S60 operating environment, version 3.2.

The box contains the 3.5mm headphones with remote controls on it, a UK-to-US charger, a USB cable, a 4 GB microSD card, and two additional back-plates with different colors. This feature alone is a tell-tell hint that the phone is meant for young users. As far as traditional candybars go, the N79 has the perfect grip in the palm, it has the perfect size. Not too small, not too big, not too thick and it’s definitely stylish. However, the buttons are a completely different deal: the smart keys are just a thin line of metal, making me pushing the wrong button all the time. How many times did I press the “C” button (I almost deleted a file by mistake this way), instead of the right smart key? And the numeric keypad didn’t give me a better experience either: flimsy, difficult to hit with re-assurance buttons. Not too mention that the background light on these buttons is so bad that makes them unreadable! The navigation button itself was not too bad, and in fact it has this new feature where you can simply touch it and treat it as a wheel to move between items. The touch wheel is OFF by default, and the reason for it is because most apps don’t work with it, and the ones that do, don’t work well. I wonder, why hasn’t Nokia with over 10 years of phone experience still managed to find the recipe for good keypad design and simply re-use that same design over and over, and spare us of all this crazy, fashion-based design decisions that cripple some of their models over and over again?

Another bad idea on the design of the phone was the “key lock” feature. There are 4 ways to lock the keys, and another 3 to unlock it. However, none is as fool-proof as iPod’s way. There is a hardware rocker-like button on the top of the device that when dragged, it locks the keys. But having that phone in jean’s pockets, will easily have that key dragged without you knowing about it (no, it’s not as good as the older iPod’s “lock” slider button). And even worse: by dragging the camera’s protection plastic it also unlocks the keypad, and that plastic piece is just so easy to drag by mistake (even when not inside in tight jean’s pockets), that it’s not even funny. I really don’t know what Nokia is thinking, but, after all these years of developing phones and still releasing such bad designs to the public, no wonder they had to layoff 1700 people yesterday. Nokia just doesn’t get it. On all levels of the company, it seems.

On the positive note of the smartphone, there’s the super-fast Java implementation, the OS itself that’s spiffy, the GPS app it came with, the new Search Nokia application, VoIP SIP support, UPnP client/server support, QuickOffice, WidSets support and more. The phone supports the MP3/M4A/AAC/eAAC+/WMA audio formats, and 3GP, MPEG4-SP and MPEG4-AVC h.264 video formats. There is even a dedicated button that brings up an impressive 3D-like interface to navigate your media and your files. The phone also arrived with some NGage 3D games in it, although there is no 3D accelerator chip in the device. Overall, the Symbian S60 3.2 works as expected and the experience is similar to previous S60 phones we have reviewed and described on OSNews in the past. WiFi worked great on a variety of encryptions we tried it with, Bluetooth was really fast sending files to our PC. Reception was also top notch, voice quality, and battery life was one of the best ones I have ever seen. Well over a week in normal usage before it needed recharging. 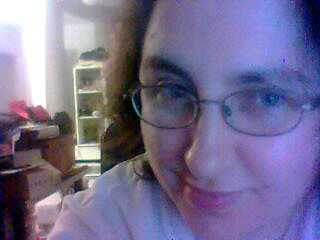 The camera is pretty good too. Not the best 5 MP auto-focus cameraphone out there, but it produced some nice prints. An engineer friend of mine (and newly published author) was always printing beautiful pictures out of his 8 years old 2 MP digital camera, and so I thought I should try experimenting the same thing with this cameraphone. In my tests, the 5 MP pictures out of the N79 printed nicely on small prints. The camera application has a number of scene modes, including close-up, portrait, landscape, sports, night and “custom”, which let’s you customize some of its aspects (of course, there are no shutter speed, or aperture controls). The flash has a red-eye mode in addition to on/off/auto, there’s a self-timer, a sequence mode for timelapses, exposure compensation, brightness, color tone, contrast, light sensitivity (gain/ISO), sharpness, grid display, and white balance (sunny, cloudy, incandescence, fluorescent, auto). The video mode can record at 30 fps at the VGA resolution, and it has access to flash, white balance, color tone, and it can also use the front video-call camera as well to record video. One nice touch is that there is an app in the phone that can edit images: crop, resize, red-eye, rotate etc. It can also edit videos (merge, cut). 3GP video recording from the video-call camera sample, and VGA MP4 video from the main camera (right click to save as).

Overall, this is a decent phone, if you don’t mind the bad button design. If you liked previous N7x phones, chances are you will like this one too. This phone can’t take me away from my iPhone, but it could be a good alternative nonetheless.