Hi-Mobile.net sent us in the Sony Ericsson P990i for our monthly phone review. This popular smartphone was released last summer, but a new firmware of Symbian’s UIQ 3.0 was released just 15 days ago and this is with what we mainly tested. The P990i sells for just $340 these days, fully unlocked, and it has a barrage of high-end features.The P990 is a tri-band GSM phone that works almost everywhere in the world, and with 2100 Mhz 3G support (non-US). It has a 2.8″ QVGA touchscreen, a slot for Memory Stick Duo Pros, 128 MB of flash storage (60 MB free), 64 MBs RAM, USB 2.0, Bluetooth 2.0 with A2DP support, IrDA, WiFi, 2 MP camera with flash, autofocus and protective cap, video-call front camera, FM radio with RDS, and a full qwerty keyboard.

While the P990 is not a small phone, it is not huge either. It is thicker than the iPhone but less wide. It is as thick as most HTC Windows Mobile phones that feature a sliding keyboard. The P990 feels sturdy in the hand and it weighs 150gr. The front panel of the phone features buttons and controls like any other normal phone and when opened, a qwerty keyboard is revealed. When the front panel is closed, the visible screen reduces at the 240×240 resolution and only few applications work with it (for example, you can’t browse the web when the front panel is closed). 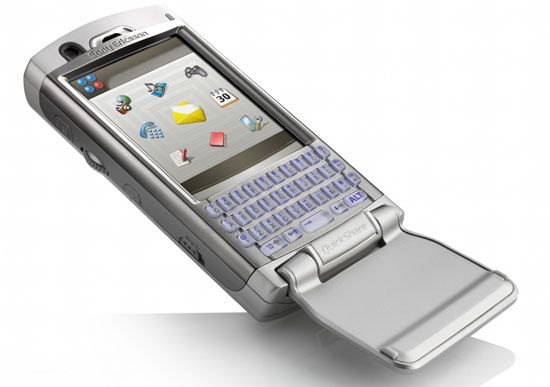 There is also a camera button, a memory stick slot, a “web” button, an on/off button, a stylus placeholder, a music player button, a scroll wheel, a “back” button, a keylock button, a lanyard/wrist-wrap hole and the Sony Ericsson fast-port that works as charging, communications and earphones/accessories. In the box we found a 64 MB MS Pro Duo card and adaptor, a stereo headset, a wrist-wrap, a second stylus, a USB cable, a manual and a CD. We successfully also tested a 2 GB M2 card (provided by Geeks.com) inside a Pro Duo adaptor. 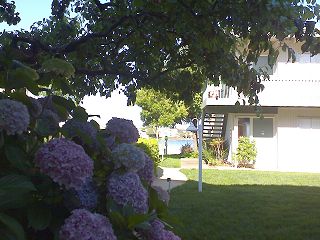 In our tests, comparing to the similar model of Sony Ericsson M600i, the screen of the P990 was 50% brighter, considerably faster on most operations, and battery lasted about 35% more. The only point where the M600i kicks P990 is in RAM usage. While both phones come with 64 MBs of RAM, the M600i starts up with 19 MBs of free RAM and after some usage for a few days it can go down to 15 MBs (from various memory leaks etc), the P990 starts up at 15 MBs and after some usage it goes down to 10 MBs. The P990 has to keep in RAM more applications than the M600i and this is why it starts up at 15 MBs rather than 19 (e.g. a different ‘Today’ viewer and a whole new, non-touchscreen interface when the front panel is closed, plus the WiFi applet). The two most heavy apps in the phone are Opera (RAM varies depending on the web site browsed) and the Camera app (2.5 MBs of RAM consumed). One other difference between the M600i and the P990 is the fact that its UI and menus are setup in a different way. Personally, I prefer the menu/button order of the M600i, mostly because it offers about 5% more real screen estate, although I guess after a bit of getting-used-to the P990’s way is not too bad either. 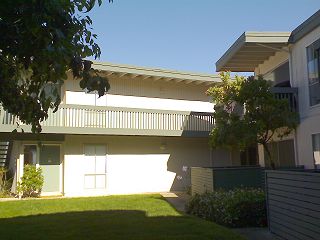 Overall, we got about 7 hours of talktime, while standby seems to be top notch with over 7 days so far (with lite usage). Call quality was top notch, and reception was great too. Camera quality is “ok” and it’s helped by the autofocus system, while video recording records in a pretty good quality in QVGA 3GP mode (no MP4 recording). The phone can only record video or snap pictures from its back camera, and not its video-call camera (UIQ 2.0 in Motorola’s M1000 was able to do that). The P990 is able to playback QVGA h.264 video instead of just MP4 and 3GP. There are a number of applications in the phone, from sound recorder, Opera 8.65 browser, PDF viewer, QuickOffice, Tasks, Calendar, Alarm, File manager, music player etc etc. Basically, whatever application exists on the M600i that we reviewed some time back already, exists on the P990 as well. WiFi worked perfectly with our WEP setup, although we were a bit bummed that the phone does not have EDGE support. Bluetooth maxed out at 80 kb/sec on file transfer and it worked fine with our Logitech A2DP headset as well. The latest firmware fixed a “low sounding alarm” that appeared in the previous update, but by fixing a few things, they broke a new one: by long-pressing the “spacebar” it won’t load-up the virtual keyboard anymore. Speaking about the virtual keyboard, I must say that I am a fan of it. Of course, I am a small-built woman and so my thumbs can type with comfort on P990’s qwerty keyboard. You milage may vary. 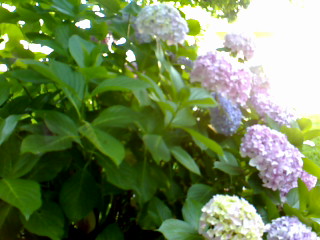 The question that is on everyone’s mind right now is this: “how does the P990 compare to the iPhone”. Well, the UIQ user interface is a disaster in terms of usability compared not only to the iPhone, but also to the non-smartphone Sony Ericsson platform, Nokia’s Symbian S60 and Windows Mobile. It is a very cumbersome UI and some parts of it defy logic. It takes time to get used to it, and even if you do, chances are that you won’t be in love with it. However, the P990 does have points against the iPhone too: it’s cheaper, unlocked, it has A2DP, a real keyboard, camera flash, video-call and 3G, and regarding its software: it has lots and lots of options/preferences compared to the iPhone and the ability to run native third party apps (unfortunately, currently fewer than 200 apps exist) and J2ME apps. So as with everything, the answer is: “depends what your needs are”.

The P990 makes an excellent smartphone for office workers in Europe, and a geek toy in USA (mostly because it does not support USA’s version of 3G or EDGE). Nevertheless, it’s a very stable phone, pretty spiffy, it runs on a real operating system and it has a lot of good hardware features. More over, it currently sells for less than an equivalent Windows Mobile HTC phone and so it makes it a desirable gadget.

Cons:
* No shortcut to shut down applications instead of putting them on background
* Low amount of free RAM after a while (even after manually closing down apps)
* Bluetooth file exchange ends up in Messaging instead of a specified folder
* UIQ’s last-century usability and “feel”
* Not Quad-band
* No EDGE