Let’s back up for a moment. It’s 2007. Most geeks like you and me already use dual monitor setups with their multi-purpose desktop machines. However, have you ever asked yourself if that second monitor should be that old XGA LCD monitor from your previous PC, or a big, impressive flat panel television? Geeks.com sent us in an iLO 32″ HDTV and we review it exactly as such: a computer monitor!The iLo 32″ widescreen HDTV has a 1366×768 native resolution (wide-XGA), 1000:1 contrast ratio, 500 cd/m2 brightness, 170-degree horizontal and vertical viewing angle, and it’s 1080i/720p/480p/480i-compatible. It sports two 5-watt speakers, a built-in ATSC/NTSC tuner, a remote control, and it’s wall-mountable. It features several connection options: ATSC (DTV) antenna port, a RS232 9-pin serial port, L/R Audio-out, HDMI port, a 15-pin VGA, audio L/R-In, two component ports (Y, Pb, Pr, R, L ), video-in via composite, S-Video and a second NTSC antenna port (ATV). The on-board controls of the device can be found on the left of the device: power on/off/standby, Volume +/-, Channel +/-, Menu, Input. On the box we found the TV, the manual, the remote control and its two AAA batteries. 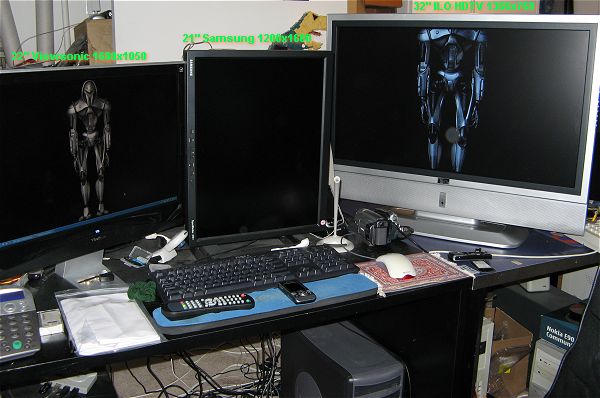 There are two ways to connect the TV on a PC. One is via its video inputs (e.g. S-Video, Component) and the other one is via VGA/HDMI. The first way is a very lossy way of doing things. Quality via S-Video is pretty poor, but via Component is quite better although not excellent for computer work. Both ways are good if you are only interested in playing back videos on your HDTV rather than using it as a PC monitor too. However, if you do want to use the TV as a PC monitor too, you will have to go the VGA or HDMI-to-DVI route. Quality using these two ways is top-notch, especially with the HDMI-to-DVI converter. 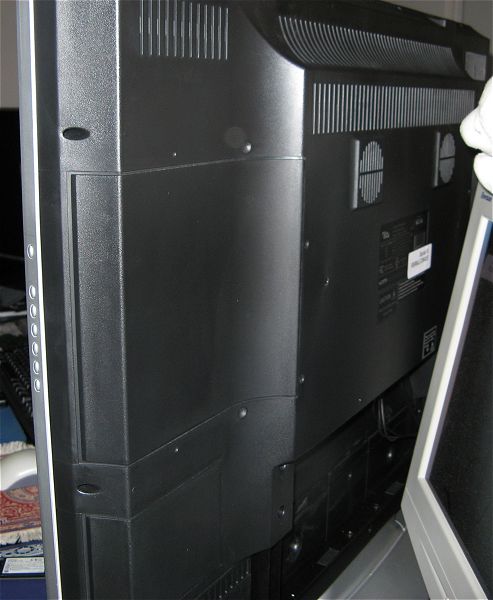 The resolution of the iLO monitor is the same as in most 32″ LCD HDTVs in the market: the oddball 1366×768 resolution. This is the widescreen version of 1024×768, and while it makes some sense for LCD factories to manufacture devices that use this resolution, it is not the best solution for HDTV purposes. You see, if the resolution of the monitor was 1280×720 instead, it would be much easier to downsample from 1080i, upsample from 480i and of course, use 720p natively. In fact, with one of our 720p clips we had around to test, we lost a lot of visual detail when we put the TV into 1080i mode. Because of this resolution problem, it might be best to tell your graphics driver utility to recognize the monitor as a PC monitor and go for the native resolution, rather than a TV — which is limited by the non-native 720p and 1080i resolutions. 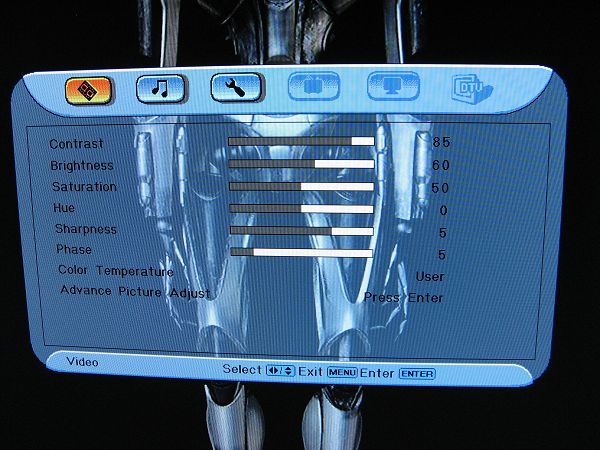 The monitor itself has amazing quality, and it easily beats our 55″ Sharp CRT HDTV in our home — at least in non-1080i signals. It has a much better viewing angle, while brightness and contrast are significantly better too. We noticed no dead pixels, or blemishes in the product. The device is built in a sturdy way, and even the remote control feels well-built — although online customer reviews report failure of the remote control within a few months! Through the remote control you can quickly change inputs, freeze the current TV frame, change the gamma correction, select from equalizer presets, put the TV to sleep, change from widescreen to 4:3 and more. On the on-TV menu you can change contrast, brightness, staturation, hue, sharpness, color temperature, bass, treble, balance, enable surround sound and change the language from English, to French and Spanish. The DTV menu allows for parental locks, analog/digital closed captioning, scanning, while the “VGA” input menu allows for additional constrast/brightness changes in a gamma correction more close to PC’s 1.000 gamma value. Finally, it takes about 3-4 seconds to startup the TV from standby which is mid-to-slow compared to other products.

You might ask, what would be the main purpose of a 32″ monitor connected in your PC. Well, first of all, because this TV has a tuner, from 2009 onwards you would be able to view HDTV over the air. Secondly, it allows you to watch a DVD on the background, while you are taking care of your emailing or daily browsing. Finally, it allows you to enjoy YouTube and other video sharing sites in full screen. Check for the video below. 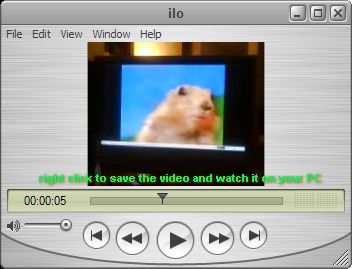 Of course, the most important reason why you would need a TV connected to your PC, is video editing. Using an HDTV through the graphics card’s S-Video/HD output, it retains its TV gamma values, which makes it perfect for testing your home videos. You see, when you are editing videos from your camcorder on a PC screen that has a different gamma value than most NTSC TVs, you end up risking your video ending up being too dark when viewed back on TVs. Video editing professionals always have next to their editing station a CRT for testing. In USA, according to a recent survey, only 37% of the population has an HDTV yet, but the market is getting there so you might want to start testing your for-TV videos this way. 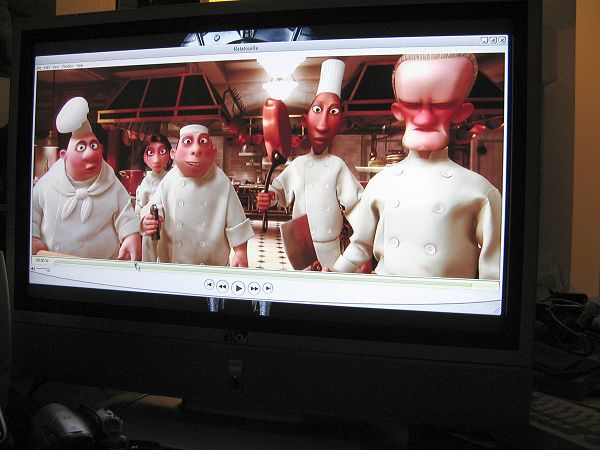 An ultra-high resolution 22″ PC monitor these days ranges from $200 to $300. However, getting an HDTV instead for a similar price might worth the trouble and space required if you are interested in video. Just make sure that the TV has at least one HDMI input and is able to deal with 1080i/720p resolutions, and you are all set. I could not be happier since I received this HDTV, as it does the job as both a computer monitor, video editing testing device and as a good, old, traditional TV.