This week’s ‘big’ news on OSNews was about software patents. You know, those things that say you cannot stack four pixels on top of one another unless you pay money to the guy who invented four-pixel-stacks (or the guy who bought the guy who invented four-pixel-stacks). A company called IP Innovation, LLC, has sued Novell and Red Hat for infringement of the company’s IP portfolio. Software patents are of course generally completely ridiculous, so I will not focus on that here. I want to focus on something else.Many claim that Microsoft is actually orchestrating this whole thing, in order to harm the Linux business – IP Innovation, LLC, is just a string puppet, whose strings are controlled by Steve Ballmer (Steve is like Bill Gates, just without the intellect, charm, and geeky voice). This is, in fact, not a ridiculous thought at all. You see, Microsoft itself cannot actually sue other big players for patent infringement. In the IT world, everybody is infringing on everybody else’s patents, and Microsoft suing Novell or Red Hat would just trigger a chain reaction where other companies would sue Microsoft for all the patents Microsoft itself is infringing upon. When Steve Jobs held the Jesus Phone iPhone up in the air, and proclaimed to his adoring audience that Apple had patented the hell out of it [insert applause by the present Apple fans here], it was an empty threat. Do you really think Apple is going to sue Nokia were they to come up with a similar device?

Apple would most likely get sued witless by cool Finnish Nokia lawyers in return.

So, yes, it makes sense for Microsoft to play the puppet master game by using some small company to do the dirty work for them. They can keep themselves out of the firing line, but still hurt their competitors at the same time. In addition, IP Innovation suing Novell could be a golden move; the outcome of the lawsuit could declare Novell safe from infringement, proving to the world the patent protection given by Microsoft to Novell actually makes sense.

Groklaw dove into this case, trying to find actual evidence to support the premise of Microsoft being a puppet master. And yes, they did find some evidence – but the evidence is so razor thin that it is almost negligible. Let me run by it one at a time.

You see, Microsoft is a very big company. And with very big, I mean scaringly-really-goddamn-big. The company has a workforce of 80000 employees. To put that into perspective, there are more people working at Microsoft than there are inhabitants of Andorra. For Americans: there are as many people working at Microsoft as there are people living in the Northern Mariana Islands. Apple, by comparison, ‘only’ has about 20000 employees, and Google is stuck at 14000. Statistically, this means there is a relatively big chance that you can find people at Tech Company A who have worked for Microsoft. Really, this is not rocket science. The tech industry is a really small world, actually, so coincidences are bound to occur.

Apart from the above, where do all the other employees at IP Innovation and Acacia come from? What if a few of them came from IBM, Sun, or the local bakery? Does that mean IBM, Sun, and the local bakery are responsible for this patent lawsuit too? 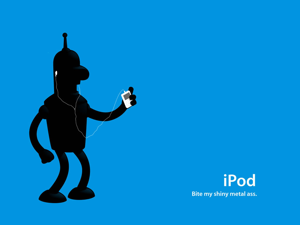 Secondly, Groklaw brings forward that these new employees used to work at Microsoft in the field of… Intellectual property, and claims this is another shed of proof. Pardon my language, but no shit. If I bend girders for Mom’s Friendly Robot Company, get fired there after fifteen years, and get another job… How large is the chance that I will be bending girders at my new job?

Lastly come the words of Steve Balmer himself, who only last week predicted that other companies beside Microsoft would want the F/OSS world to cough up the money for patent infringement. According to Groklaw, this is yet another clue that Microsoft is knee deep into this whole patent lawsuit.

To me, it just means that Microsoft has common sense, and that Microsoft’s CEO knows his business. It is only common sense that if Microsoft claims its patents are infringed upon, other companies with IP in this field would conclude the same thing. Where there is meat*, there are vultures. And of course, Microsoft being the biggest software company in the world, most likely knows whatever is going on in the industry – and hence knows things like this way before the general public does.

* Assuming that there is meat. Microsoft provides no evidence for infringement made by the F/OSS and Linux world, hence, there is no infringement as far as I am concerned.

There are more interesting tidbits to this case that are worth mentioning, with the most prominent being that this Acacia company has sued other players in the field before. They filed suit against Apple in April 2007, over the exact same patent as this one – which was settled out of court. In addition, Acacia has even sued Microsoft for patent infringement.

Let me state firmly that I do not believe in software patents, nor do I wish to defend Microsoft in this specific case. I just want to make clear to everyone that despite our… Hate (I can put it that way, I think) against software patents, and our love for open source products, we should not lose sight of reality.

In our western world, we have fought for a modern justice system, a system we (forcefully) try to impose upon the rest of the world. Two of the most important pillars of this justice system is that one is innocent until proven otherwise, and that past actions should not influence the guilty/innocent decision. Up until now, the people accusing Microsoft of being behind all this have presented us with little to no substantial evidence, and hence, Microsoft is innocent in this particular case.

That is not to say that Microsoft will turn out to actually be innocent. If Microsoft really is playing the puppet master game here, a smoking gun will sooner or later be found. At this point in time, however, both Ockham’s Razor as well as our justice system point towards an innocent Microsoft.