The usually reliable Wall Street Journal claims that Dell, the world’s no. 2 computer maker, will enter the smartphone market in an effort to make up for the lost income due to the economic downturn. They say the Texas company is planning on releasing several models, pitching them against RIM’s and Apple’s phones.

The phones could come as early as February this year, and would be powered by either Windows Mobile or Google’s Android. They will strictly be smartphones, so no feature phones or other cheaper models, and one is supposed to have a touchscreen to compete with Apple’s iPhone. The WSJ claims Dell has been developing prototypes for a year now.

As some of you might remember, Dell does have experience in a field related to smartphones: the company had a line of PDAs running Windows Mobile, the Axim line. These PDAs were sold in various configurations between 2002 and 2007, with the last and most powerful model sporting a ridiculously powerful Intel XScale 624Mhz processor, 256MB flash ROM, and a VGA display. These PDAs even had a VGA out so they could power normal computer displays. 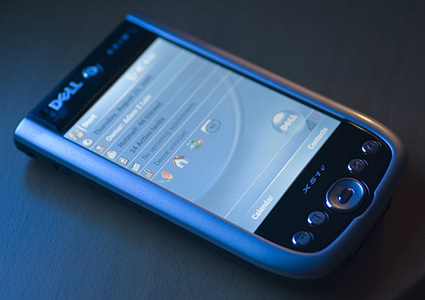 WSJ does include a little disclaimer stating that Dell may still abandon the idea.