The MorphOS version of the Origyn web browser has been bumped to version 1.3. It comes with a long list of improvements and bug fixes. The OWB browser is used on a multitude of platforms, but recently it has been gaining a lot of popularity on AmigaOS4 and MorphOS because it’s a small, fast, and modern WebKit-based browser. Since I’m currently borrowing a Sam440ep Flex machine with AmigAOS 4.1 from ACube so I can review the machine and the operating system for OSNews, I have access to OWB on Amiga and Amiga-like platforms, so read on for a few screenshots and some notes. Update: As commenters rightfully pointed out, I wasn’t using the latest OWB version. The latest one does have tabbed browsing, as well as an updated interface. Check inside for a new screenshot.

The OWB browser really is a blessing for the Amiga and MorphOS platforms, because it’s a massive step forward from the CSS-less browsers that came before it. There’s still a lot of work to do when it comes to rendering and especially rendering speed, but overall it’s pretty impressive to see the progress the developers are making. Interface-wise, it’s all very minimalist, but it’s native. It lacks a few key features though, such as tabbed browsing.

Note that the below screenshots were made on AmigaOS 4.1, and not on MorphOS. 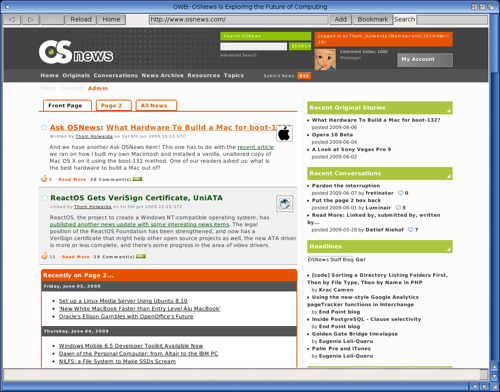 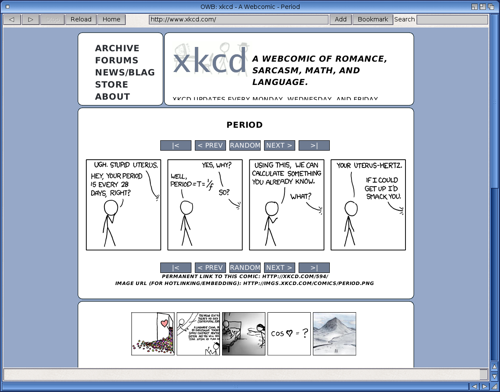 In any case, this new release for MorphOS runs on both version 2.x and 1.3 of MorphOS, but it only works on the later with a recent MUI snapshot (enthusiasts will know what that means).

Update: This is a screenshot of the actual latest version of OWB on AmigaOS4; as commenters pointed out, I wasn’t using the latest version. This new one does have tabbed browsing and an improved interface. 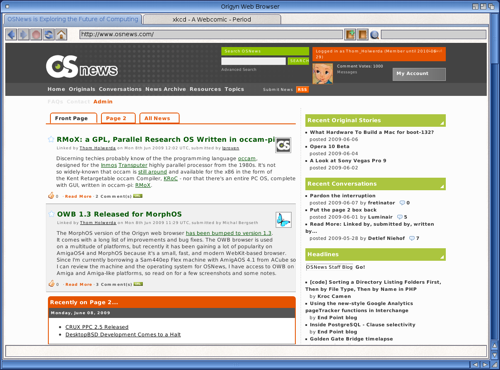