The original rumours concerning Mac OS X 10.6 Snow Leopard stated that it would be available only for 64bit Intel processors, leaving PowerPC G4, G5, and early Intel Macs out in the blue. While Steve Jobs’ keynote and the preview pages at Apple.com did not speak of any hardware cut-offs, Gizmodo got their hands on a hardware requirements document for the Developer Preview release of Snow Leopard, and it contains bad news for PowerPC users.The document, titled “Developer Preview Information”, lists the minimum system requirements for the developer release of Snow Leopard. 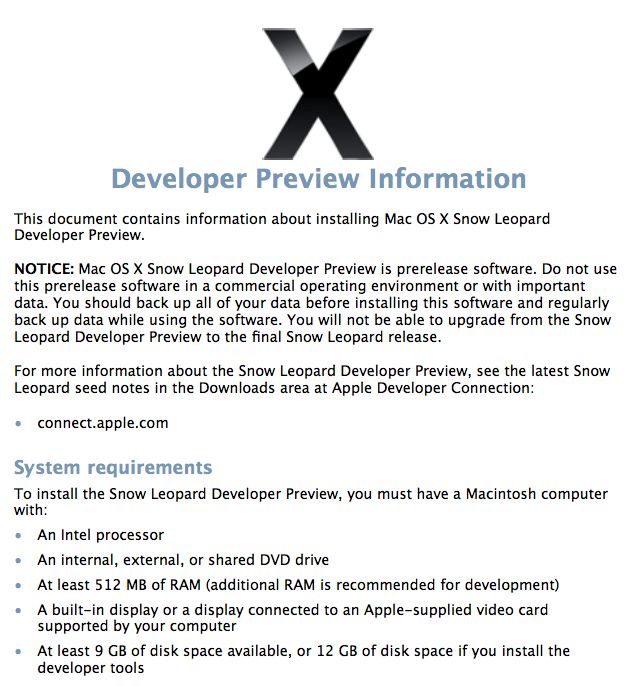 So, support for the early Intel Macs is there; the cut-off point is PowerPC, which is sure to be not well received by G5 and late iBook and PowerBook owners (I own a G4 PowerBook myself). Of course, these system requirements are anything but final, so they may change in the future.