We all more or less hate Adobe’s Flash technology for being an immense resource hog and a closed technology. To make matters worse, Flash is horribly overused in places where it shouldn’t be used. Still, it’s a technology that an operating system really must support in order to be declared usable by modern standards, since several popular websites rely on Flash to work. Haiku is now on the list of operating systems with Flash support.

The support for Flash comes courtesy of Adrian Panasiuk, who ported Gnash, an open source implementation of Flash, to Haiku. Right now, the binary is statically linked, making it rather large, but it does work. 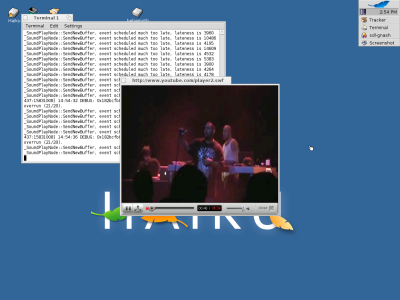 Panasiuk is now hard at work at a plugin for Mozilla, allowing Gnash to be embedded properly in Firefox on Haiku.