I’m not often wowed by a computer’s design, probably because most of them appear to be designed by people with no sense of style and class whatsoever. The only (relatively) recent examples of decent design that I personally find to have a “wow factor” are Apple’s MacBook Air and the PowerMac Cube from the same company. Yesterday, however, I was wowed again by a product from a company you wouldn’t expect it from: Dell.

After lots of teasers and leaked information, Dell finally took the wraps off its new ultraportable, the Dell Adamo. It’s thinner than the MacBook Air, carved out of a solid block of aluminium (like Apple’s new notebooks), has an edge-to-edge glass display, and a design unlike anything you have ever seen before. Dell really out-Appled Apple with this one, exactly because it didn’t try to copy Apple. The Adamo is the start of a new line of Dell computers under the Adamo by Dell brand.

The Adama Adamo comes in two designs, a silver model (‘pearl’) and a black one (‘onyx’). You have to admit, this is some seriously beautiful stuff: 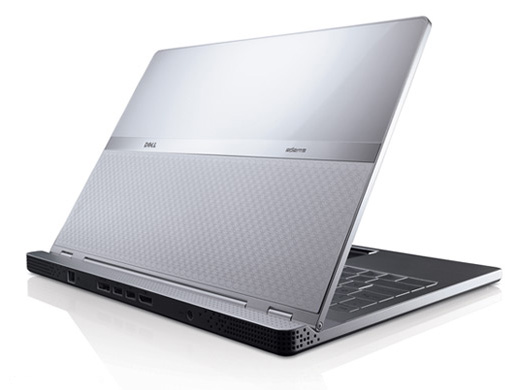 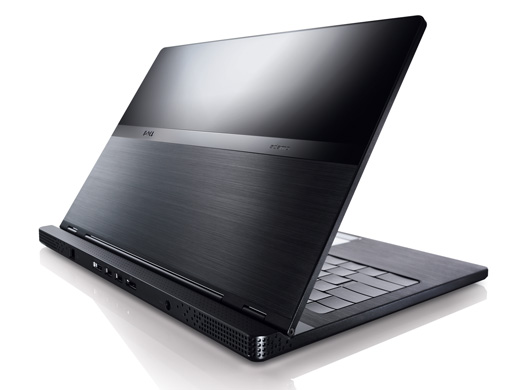 The Adamo has a 13.4″ 1366×768 (720p) display, an Intel Core 2 Duo at either 1.2ghz or 1.4Ghz, Centrino chipset, 2 or 4GB of DDR3 RAM. The Adamo only comes with a 128GB solid state drive; you can’t opt for a traditional hard drive. It obviously doesn’t come with an optical drive, but Dell does offer similarly styled external hard drives at 250 and 500GB, as well as DVD-RW and Blu Ray drives. It comes with all the wireless stuff, as well as an option for mobile 3G broadband access. Port-wise, it comes with an ethernet port, two USB ports, a combo eSATA/USB port, DisplayPort, and a headphone jack. Oh, and it runs Vista.

With a starting price of 1999 USD or 1899 EUR, the Adamo doesn’t come cheap. Comparisons with the MacBook Air are inevitable, so let’s get them out of the way: the Air has a better processor (Core 2 Duo at either 1.6 or 1.86Ghz) and a much better graphics chipset (the Air has the NVIDIA 9400M, while the Adamo has a Centrino IGP). The Air is also slightly lighter, but the Adamo is thinner and has a better resolution and a 30 minutes longer battery life. Price-wise, the Adamo is actually more expensive than the MacBook Air (1799 USD/1699 EUR vs 1999 USD/1899 EUR), but note that the even the base 1.2Ghz Adamo model comes with the 128GB SSD – an option which raises the price of the MacBook Air to 2499 USD/2299 EUR.

Still, the MacBook Air seems like better value, but the Adamo is much more distinctive and original, and at these price points, that’s a plus.