It’s been 12 years since I got my first PC. Back then, it came with a 14″ 800×600 CRT monitor. But times change. Now, for just $250 you can get a 22″ LCD monitor with a 1680×1050 resolution! Geeks.com were very kind to send us one of their LCD monitors, the Viewsonic VX2235wm, for a review. We tested the monitor under Windows, Linux and the Mac and here is what we found.The 22″ Viewsonic VX2235wm is a refurbished model, but we found no blemishes or dead/stuck pixels whatsoever — it felt brand new. It arrived with a DVI-D cable, a VGA cable, a power cable, an audio cable and a software CD that also contained the manual in it in PDF format. We tested the monitor under VGA and DVI with ATi graphics cards. The cables are long-enough, but as long as my previous monitor, a Dell. The monitor also has 4 screws to add a VESA stand, although you can’t remove the existing stand. 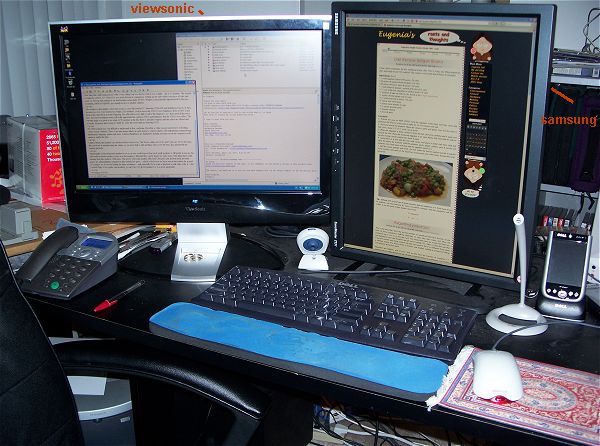 One thing that really surprised me while I was setting it up was the fact that it was so light — for a 22″ monitor. The monitor it replaced, a DELL 19″ 1280×1024, was much heavier in comparison. Setting up the right cables was piece of cake and soon we were up and running in our dual-monitor setup under XP Pro. Windows automatically adjusted itself to the new resolution, 1680×1050@60Hz, just enough to give us another surprise.

The monitor is ultra bright! I ran it next to my (2-year old) vertical 21″ Samsung 1200×1600 and brightness was 2x. In fact, because my eyes were used to less bright LCD monitors, I had to move the VX2235wm’s brightness down to 60% to get them at the same level as in the Samsung. My office/lab is very dark (I call it “the dungeon”), so I don’t need all the extra juice, but users in brighter rooms will really appreciate the contrast (700:1) and brightness that the VX2235wm offers. The viewing angle is as good as my other LCD monitors in the lab, there is anti-glare support, and the colors are vibrant and accurate. Response time seems to visibly be a tiny bit worse than my Samsung LCD. 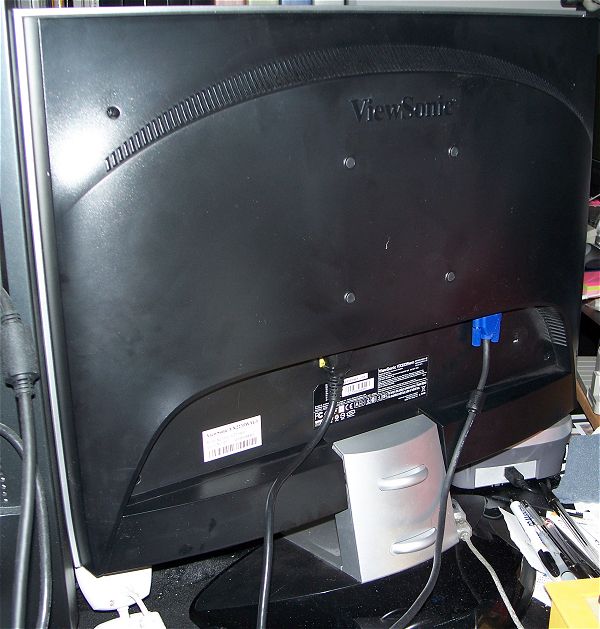 The OSD controls are a bit difficult to understand at first, confusing. But after a while you get used to how everything works via just 4 buttons. There is an auto-image adjust, an audio menu to control volume, color adjustments, manual image adjustments, language options and more. Contrast/Brightness are disabled by default, you have to run the “memory recall” option to enable the item.

Under Ubuntu, the monitor was autodected the correct way. The Hsync values are 30-82 and Vsync are 50-85, but Xorg did a good job at autodetecting the values, so we never had to edit anything. More over, the Mac also autodected the monitor perfectly. 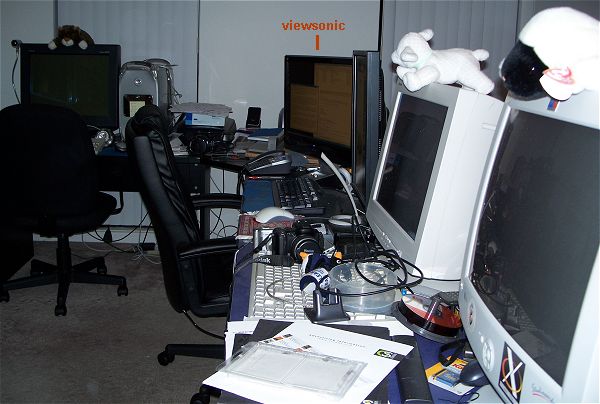 Sound quality of the integrated speakers is so-so, as you would expect from such small speakers. I still prefer to use my big subwoofer-assisted speaker system over the monitor’s, although they can be handy for some users. One thing that’s really missing from this model is USB ports. The newer Viewsonic models offer both USB ports and an iPod dock, but their prices are still prohibiting compared to this model’s low price — which is the lowest we have seen in the market for a good 22″ monitor. So, if you are looking for large resolutions — and especially if you want to playback or edit video with it — this LCD monitor is a great opportunity.